Except for a few articles concerning water bathing and feathers, we at the typesofchicken.com team rarely do articles about the general outside look of the chickens.

The weekly Pros & Cons articles regarding certain chicken breeds are where much of the discussion about the hens’ appearance takes place. In light of that, we chose to write about chicken combs for today’s post.

What exactly is the function of a chicken comb? The comb of a chicken is useful for determining its health, sex, and breed.

It is commonly acknowledged that there are nine distinct kinds of combs seen on chickens.

Specifically, what is a cushion comb?

Cushion combs, distinctive characteristics of the Chantecler breed, are tiny and circular. They begin at the peak of the beak and don’t extend very high above the head; there are no ridges.

The Cushion is a somewhat compact, robust comb with a smooth top and virtually straight front, back, and sides with rounded corners. It is not spiked.

Which chicken breeds are known to have cushion combs?

The Pea Comb is another one of the combs that stands out for its little size.

It begins at the crown of the head and continues all the way down to the tip of the beak, where it is broken up into three smaller ridges. The central ridge should be the largest of the three. Breeds such as Ameraucana, Buckeye, and Cornish have this type of combs.

Which chicken breeds are known to have cushion combs?

This style of comb may be seen in the Ameraucana, Buckeye, and Cornish breeds.

The most common kind of comb, and the ones most often seen in cartoons, are single combs.

One-comb chickens, as their name suggests, have a single comb that runs the length of the chicken’s head, from the back to the beak. Stretched Single Combs may either maintain their straight shape or droop over to the sides.

Which chicken breeds are known to have single combs?

Breeds like Australorp, Orpington, Rhode Island and much more have the Single Comb.

The Buttercup combs are characterized by two parallel sides, each having a large ridge that extends from one end to the other and a series of smaller ridges in between.

Which chicken breeds are known for their distinctive Buttercup combs?

The Buttercup Combs get their name from the Sicilian Buttercup chicken breed, whose distinctive comb inspired the name. The unique comb seen solely in this breed.

Combs of a moderate size with a texture like that of a walnut shell.

Which breeds are known to have walnut combs?

This comb belongs to both Orloff and Silkie.

The Rose combs emerge from the top of the beak in the form of a tube that is covered with wrinkles that are rounded in shape. About two-thirds of the comb is taken up by this component. The design shifts into the shape of a tube just above where the head of the chicken would be.

Which breeds are known to have rose combs?

Wyandottes, Dominiques, and Sebrights are the breeds that have a rose comb on their heads.

Strawberry Combs are rough and of a tiny size; they have a number of little bumps that give them the appearance of a strawberry.

Which breeds are known to have strawberry combs?

This kind of comb is typical of the Yokohama and Malay chicken breeds, both of which were developed in Japan.

The Horn Combs are shaped like a horn or the letter “V” due to the fact that they are divided into two lines.They can be both small and large in size.

What breeds have horn combs?

These combs may be seen on Appenzeller, Crevecoeur, Houdan, La Fleche, and Sultan breeds, amongst others.

Silkie Combs are one of the two kinds of combs that Silkie chickens can have. The other kind is called Walnut Combs. These combs have a few back points and are lumpy, round, and are wider than they are long.

These are the 9 types of combs that are recognized by the American Poultry Association. Feel free to comment and share your opinions with us.

Is the comb of the rooster edible?

Yes. A chicken comb may be barbecued or grilled in the same way that you would cook any other part of the bird. You won’t get much flavor out of the chicken comb, but if you fried it, it will become crunchy.

Is it possible for a rooster to survive without its comb?

Yes, it is, however it is strongly recommended that you take your hen or rooster to the veterinarian. They may develop gangrene and pass away within a week on occasion.

How old are hens when they get combs?

In six months, the combs and wattles will be completely grown. Even though it may take a long time, seeing your beautiful chicken at the end will be WORTH IT. Roosters get their combs before hens do.

Why are my chickens’ combs suddenly changing color?

If the color or texture of your chicken’s comb changes in any way, this is a sign that something is wrong with your chicken. Maintain a keen awareness of the condition of the combs on each of your hens. They should have a healthy hue and not have any spots that are flaking or dry. There ought not to be any blisters, lesions, or tears in the tissue.

Colors that may range from one another and some instances:

The severity of avian flu is measured by how dangerous it is to birds. The mild form causes lethargy, loss of appetite, breathing problems, diarrhea, temporary drops in egg production, and low mortality.

To try and stop this, you need good husbandry and good nutrition, and broad-spectrum antibiotics may help reduce losses from secondary infections. Chickens that have been treated for the virus still shed it. You need a special permit in order to use vaccines.

Milder forms of the disease have been kept in check with a vaccination program and a strict quarantine. With the more dangerous types, the only way to stop an outbreak of avian flu is to put all infected flocks in strict quarantine and kill them all quickly.

What type of comb does an Easter Egger have? 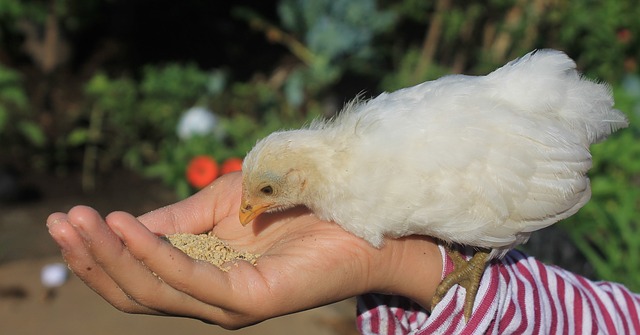