The Rhode Island Red chicken breed was made in the late 1800s. In the United States, it is considered a heritage breed.

It was created in Rhode Island to produce both eggs and meat. However, in the last few years, many of the genes for making meat have been bred out of the birds, so that they now lay eggs mostly.

The Rhode Island Red rooster weighs around 5 lbs (2.25 kg). They range in color from a shiny deep red to almost black. Their feathers and tails, which are mostly black, are beautiful to look at.

They can have either a single comb or a rose comb, but both are a bright red color. So are the earlobes and wattles.

Now, let’s focus more on the rooster’s temperament and behavior.

Rhode Island Reds can be aggressive, but they are usually sweet-tempered.

Rhode Island Reds are typically sweet-tempered birds, but they can be aggressive to humans and hens.

They also have a tendency to be aggressive toward other roosters, other animals, other birds, and even pets and people.

This is a good rooster to have in your flock. He’s friendly, docile, sweet, and lovable. You can handle him easily.

If you have other birds that are not so tame, this rooster has the ability to handle them well. His pushiness won’t hurt anyone else in your flock unless they’re overly feisty themselves (which I’d say would be rare).

You’ll learn to love it because it shows how happy he is as well as how curious about everything around him!

How to handle an aggressive rooster?

First off, not all roosters are stubborn. Especially smart and friendly breeds like the Rhode Island Reds. If you want to keep RIR’s roosters, the best thing to do is to get them when they are young.

If a cockerel grows up in a friendly place, it shouldn’t have any trouble becoming a friendly rooster. Stress from changes in the pecking order or not getting enough food and water makes the birds stubborn.

When they are young, make sure your Rhode Island Red cockerels have enough room to move around and activities to keep them busy. This is important because roosters, like all male animals, use their extra energy as an excuse to be mean and aggressive.

When the roosters are young or at their best, it’s a good idea not to spoil them. Even when their owners are around, spoiled roosters tend to show who is boss.

Rhode Island Red Roosters are not as flighty as other chickens. They can be confined, but they don’t do well with extended periods of being cooped up.

When it comes to being confined in a coop or run, the Rhode Island Reds are best when they have the option to come and go as they please.

This means that you should give them something to climb on so that they can get out of the enclosure if they need to stretch their legs and explore outside of their home.

He’s raucous too! That means he’ll make all sorts of sounds: crowing loudly at night; honking like an old man when you come home from work; squawking whenever he sees something that catches his fancy; quacking like a duck when he gets excited about something; and more!

Roosters can be loud when they are mating, fighting or defending their territory. If you want a quiet rooster then it’s wise to avoid any breed that has been bred for its crowing ability.

At what age do Rhode Island Red roosters start to crow?

Crowing refers to the rooster’s deep, loud, and often crowlike vocalizations. When a Rhode Island Red rooster crows, he is communicating with other birds and letting the world know that he’s ready to mate.

Crowing begins at about 4-6 months of age, in conjunction with puberty (the time when a chicken or bird reaches sexual maturity). Roosters crow more frequently during mating season; however, they will sometimes crow if they’re threatened by another animal or if you try to pick them up for petting or playing with them as a chick.

Crowing may also be an indicator of dominance between two males in the flock—does your Rhode Island Red rooster crow regularly? Does it sound more like an eager salesperson than the territorial call of an alpha male?

We hope this article has helped you gain a better understanding of the Rhode Island Red rooster’s behavior. While some may say that these birds are too loud, we think they have a lot to offer! They make great pets and can be trained to perform tricks like other poultry species. 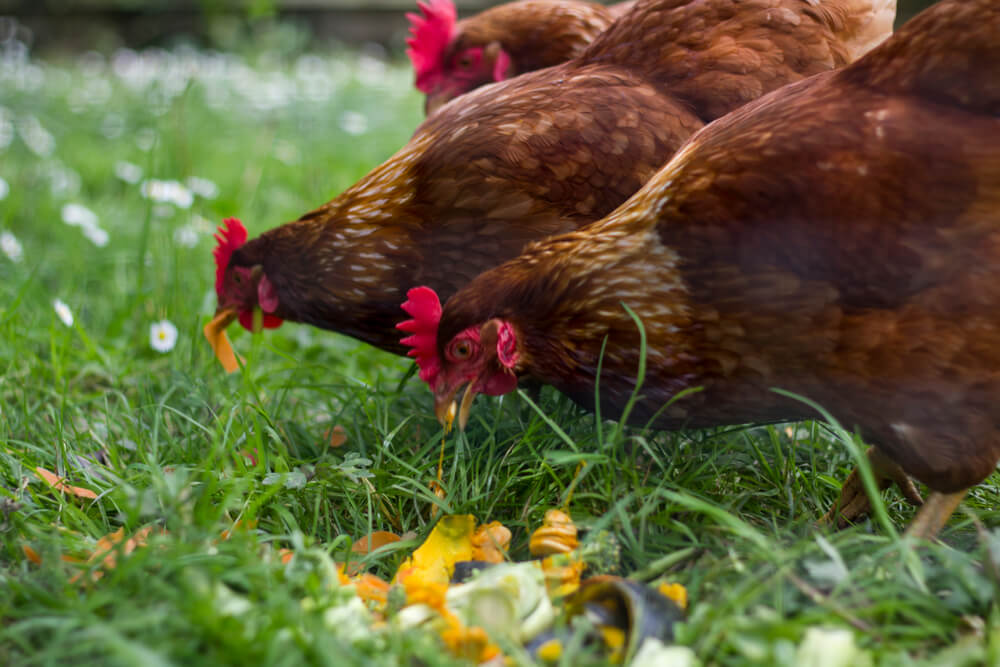