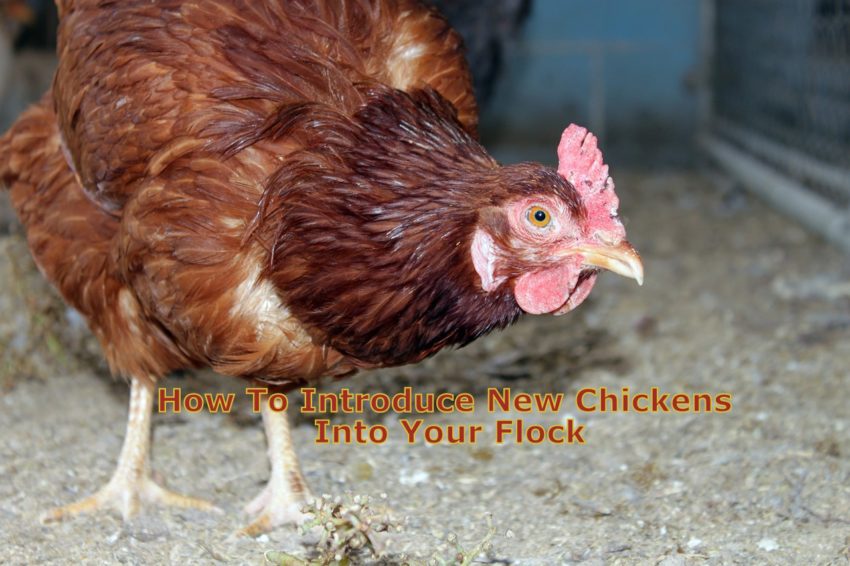 1. Try Introducing More Chickens At Once To Your Flock

2. Upgrade Your Coop, Feeder And Waterer Before Introducing New Chickens To Your Flock

Upgrading your coop, feeder and waterer so they can allow more chickens to have room and access to their water and food. This will prevent some amount of bulling because there will be some extra room in the pecking order. The same goes with the amount of treats you are giving to your chickens. Helping your new chicken/chickens adapt in their new flock and vice versa can prevent a lot of unnecessary situations. What is also a good idea is to separately feed new and old chickens in the way that you will place an extra waterer and feeder for the new ones.

3. When Chickens Get Bullied They Tend To Hide, Help Them Do That

4. When Is The Right Time Of Day To Introduce New Chickens To Your Flock?

Before the night comes and your chickens are getting ready to go roosting it is one of the best times to introduce new chickens to your flock, it is also a good idea that you give a lot of tiring exercise to your previously formed flock before introducing the new chicken/chickens. It is important than you not introduce new members in your flock when they are still too small to withstand the bullying. 10 weeks old or more chickens can sustain a big amount of bullying if you prepare them for it in the ways mentioned above.

Did you enjoy this list? How do you prepare your flock for newcomers? Make sure you share your thoughts and opinions through the comment section or via e-mail support@typesofchicken.com

2 thoughts on “How To Introduce New Chickens Into Your Flock”